The 4 Best Poker Hands and Bluffs from Movies

Whether you like playing poker online for money or prefer to play in person, there’s no doubt you still love the thrill that great poker movies can provide. Here, we take a look at four of the best poker hands and bluffs that have ever been played in the thrilling world of poker cinema!

Rounders is the story of Mike McDermott, played by Matt Damon, a former cards prodigy who turned his back on a life of gambling after he lost everything. However, when his best friend, Worm (Edward Norton,) returns to his life, he soon finds out that Worm’s in a world of trouble. The only way for Mike to help his friend is to return to the poker tables he turned his back on, and win $25,000 from the mob – and the man who took his life savings.

Rounders, directed by John Dahl, is the royal flush of poker movies and is adored by poker and movie fans around the world. While critics may only have given this film a score of 54% on Metacritic and 65% on Rotten Tomatoes, the audience ratings reveal a completely different story. The Metacritic user score comes in at 7.8/10, the Rotten Tomatoes’ audience score (with more than 50,000 individual ratings) at 87% and the IMDB reviews square up at a highly respected 7.3/10. The admiration that this film receives is likely due to the fact its creators, co-writers David Levien and Brian Koppelman, adore poker. The game is accurately portrayed throughout the film through its incredibly talented cast and nail-biting story.

Even though many like to look at the final game in a poker film (even we do, further down this list,) it’s the opening game of Rounders that really emphasizes this film’s strengths and its believability. We see Mike join a live game of No-Limit Texas Hold’em. His character narrates the scene, highlighting what players should and shouldn’t do when playing the game, so even viewers who are complete poker novices can understand what’s going on.

In the final hand of the scene, we see Mike dish out each player’s Texas Hold’em poker hands. He sees he has an ace and a nine of clubs and raises $500. The two other players fold, leaving Mike against Teddy KGB, a mobster. Teddy’s clearly no pushover, as he takes his time to eat a cookie during the game. While Mike seems to think he’s setting a trap for Teddy, it’s actually the other way around. Teddy calls, and Mike deals the card that Teddy needs for the flush that Mike thinks he has, while Mike actually has a full house. When Teddy raises by $15,000, Mike takes a moment, then reveals that he doesn’t think Teddy has the spades needed for a flush, and that Teddy’s bluffing (which is poor poker etiquette but probably not something they’re worried about in a game with mobsters.)

But Teddy completely flips the game when he matches Mike’s bet and reveals that he doesn’t have spades, but a pair of aces, beating out Mike’s full house of three nines and two aces with three aces and a pair of nines.

This scene instantly captures your attention, as it highlights not only the different types of skills that go into playing poker, such as knowing when to play the person and when to play the cards, but also that no matter how you play, sometimes luck’s just not on your side. This makes it the number-one poker hand on our list!

Steven Soderbergh’s Ocean’s 11 is an incredibly popular heist film with a star-studded cast that includes the likes of Brad Pitt, George Clooney, Julia Roberts, Matt Damon and Don Cheadle. Together, their characters are trying to pull off the greatest heist ever: robbing three Las Vegas casinos at the same time. This film has been credited with saving the “heist movie” genre and spawned a movie franchise worth millions of dollars.

Ocean’s 11 is not a poker movie, but it does have a snappy poker scene about calling out a bluff. Early on in the film, Rusty Ryan, played by Pitt, is teaching a group of celebrities how to play poker. He takes a break during his lesson to grab a drink and returns to find his former associate, Danny Ocean (Clooney,) has joined his poker game.

A bit of banter about their past ensues before we get into the meat of the scene: the first lesson in poker. And what is that first lesson? Leave emotion at the door. Rusty then begins the lesson for the day: how to draw out the bluff (which is why this movie made it onto our list, even if we never see any of the cards being played right until the end.)

Rusty then describes that someone coming out the gate that strong must be bluffing and holding nothing but a pair of face cards. One of the players folds, but another matches Ocean’s $500 and raises him another $500. Rusty suggests that you don’t want to scare him off his bluff too early and that you want to “keep him on the leash.” A few of the other players match the bet, which Ocean then raises by another $2,000. Rusty shares that this is all posturing and that Ocean is “trying to buy his way out of the bluff.”

Ocean reveals he has four nines and an ace, sarcastically declaring: “I’m not sure what four nines does, but the ace, I think, is pretty high.”

This may not be a classic or highly debated game in poker circles, but what makes this scene about bluffing great is how entertaining it is and the fact that it leaves the door open to the idea that it might have been part of an old scam run by Rusty and Ocean.

The Cincinnati Kid follows the story of a talented poker player, Eric ‘The Kid’ Stoner, who is looking to claim the title of “best poker player ever.” But to do that, he must take down Lancey Howard, the king of gamblers who poker players know as ‘The Man.’ The Man is back in town, and he’s the only thing standing between The Kid and ultimate gambling glory.

The film starred Hollywood heartthrob Steve McQueen as The Kid and was directed by Norman Jewison, who also created hits including Moonstruck and The Hurricane. The Cincinnati Kid was a box-office hit at the time.

In the final no-limit, five-card stud game in the film, The Kid comes up against his target, The Man (played by the iconic Edward G Robinson.) He beats The Man for several hands, but in their final round, the Kid doesn’t only bet everything he has, but he also matches the $5,000 that the Man raises. The Man holds an eight, nine, ten, and queen of diamonds, while The Kid holds a pair of tens and two aces.

Some of the spectators of the game think The Man’s confidence is supported by a game-changing jack of diamonds, while others speculate that he is bluffing. Despite the masterful directing leading you to believe it’s likely a bluff, it turns out that The Man is the best for a reason. Lancey reveals his down card, the jack of diamonds, and The Kid acknowledges defeat at his straight flush. The Man states that it’s all about making the “wrong move at the right time,” after which The Kid reveals his final card, and we discover that he had a full house with three aces and two tens (a winning hand in many other poker games,) which makes his defeat all the more tragic.

Whether you think The Kid’s defeat is a sham, since the likelihood of Lancey having made such a hand is so incredibly low (as discussed in the Pokernews.com article “Hand Histories: 50 Years of Debate Over the Last Hand of The Cincinnati Kid”,) or you think it serves to emphasize the moral of the story (“like life, I guess?”,) it’s undoubtedly a gripping, if somber, ending to a great poker movie. The Cincinnati Kid’s one in three billion-odds storyline keeps it from getting the number one spot on our list, but we’ll happily include it at number three!

The final showdown in The Cincinnati Kid was excellent, but the last hand in the 1994 film, Maverick, definitely gave it a run for its money. With $25,000 on the table for the finals of the Five-Card Draw Championship, Maverick (Mel Gibson), Commodore Duvall (James Coburn) and Angel (Alfred Molina) were the players going for the pot.

Commodore was on a short stack, and Maverick was the chip leader when a stacked deck was introduced, giving both of the players the opportunity to build an incredible hand. When Maverick notices that the dealer is using cards from the bottom, he stops the game and Angel is dealt the top card.

The Commodore then shows four eights; Angel shows a straight flush, and Maverick produces the tens, jacks, queens and kings for his first four cards. Maverick then turns towards the other players and sighs, like he’s missed his draw. However, after some suspense, he throws the ace of spades down and wins the tournament.

Maverick used his intuition to figure out that the dealer was pulling cards from the bottom because the game had been set up to produce three monster stacks for the ultimate showdown. He saw the dealer nervously looking at the deck when he asked for him to change the deck. Of course, many consider this cheating, but in the finale of the movie, he tells his father that there is nothing more deeply religious and moving than cheating on a cheater.

Enjoy the world of real poker with Borgata Online

While it’s great to be able to enjoy thrilling poker through well-drawn fictional characters and invented scenes, nothing compares to the real game.

No matter which type of game you prefer, you can play poker games online at Borgata Online, one of the best online poker sites in the USA. You can also play real poker online when you enter our online poker tournaments such as Mega Thursday $320, Daily $10K and our Sit and Go Tournaments. We also have an interesting and educational blog where you can learn more about online poker skills or just interesting poker information, such as why players wear hoodies and much more.

Regardless of whether you enjoy more casual play, video poker online or poker tournaments, for the best online poker experience, register with Borgata Online! 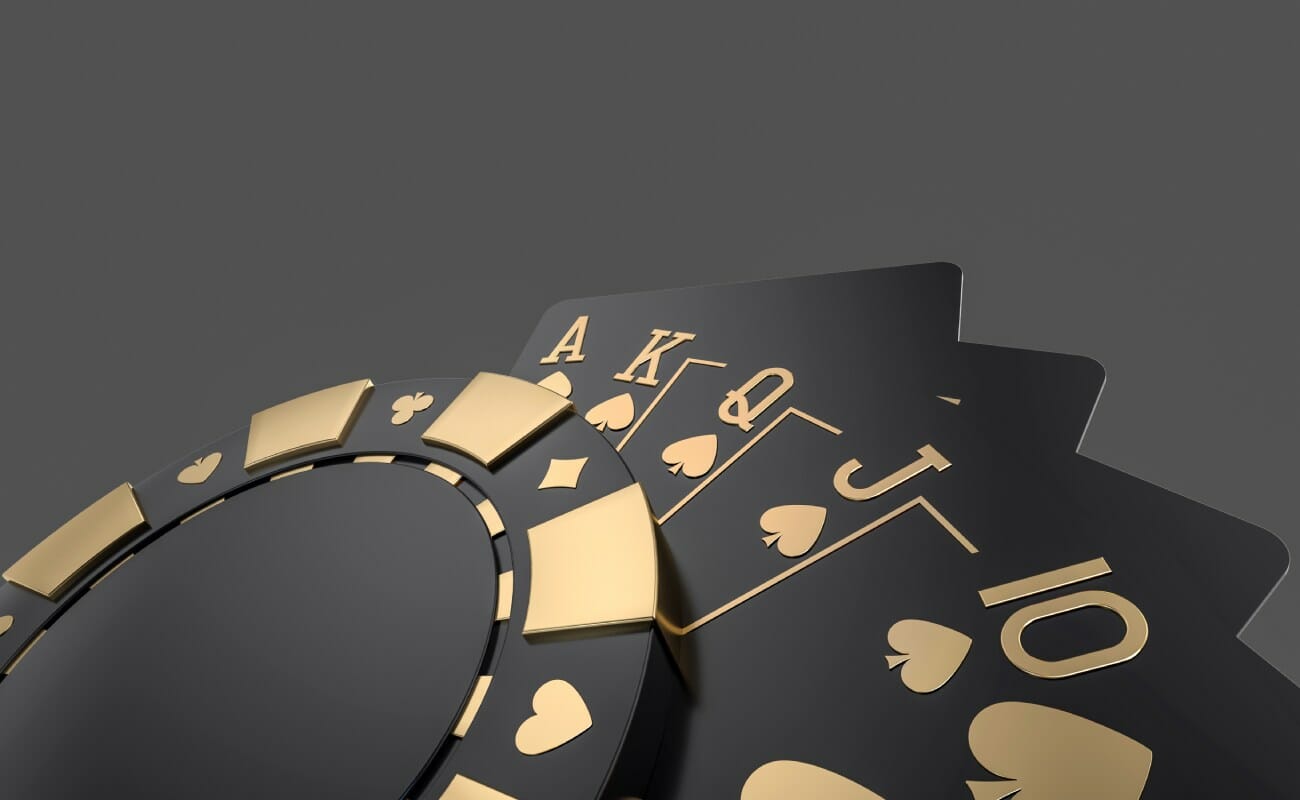 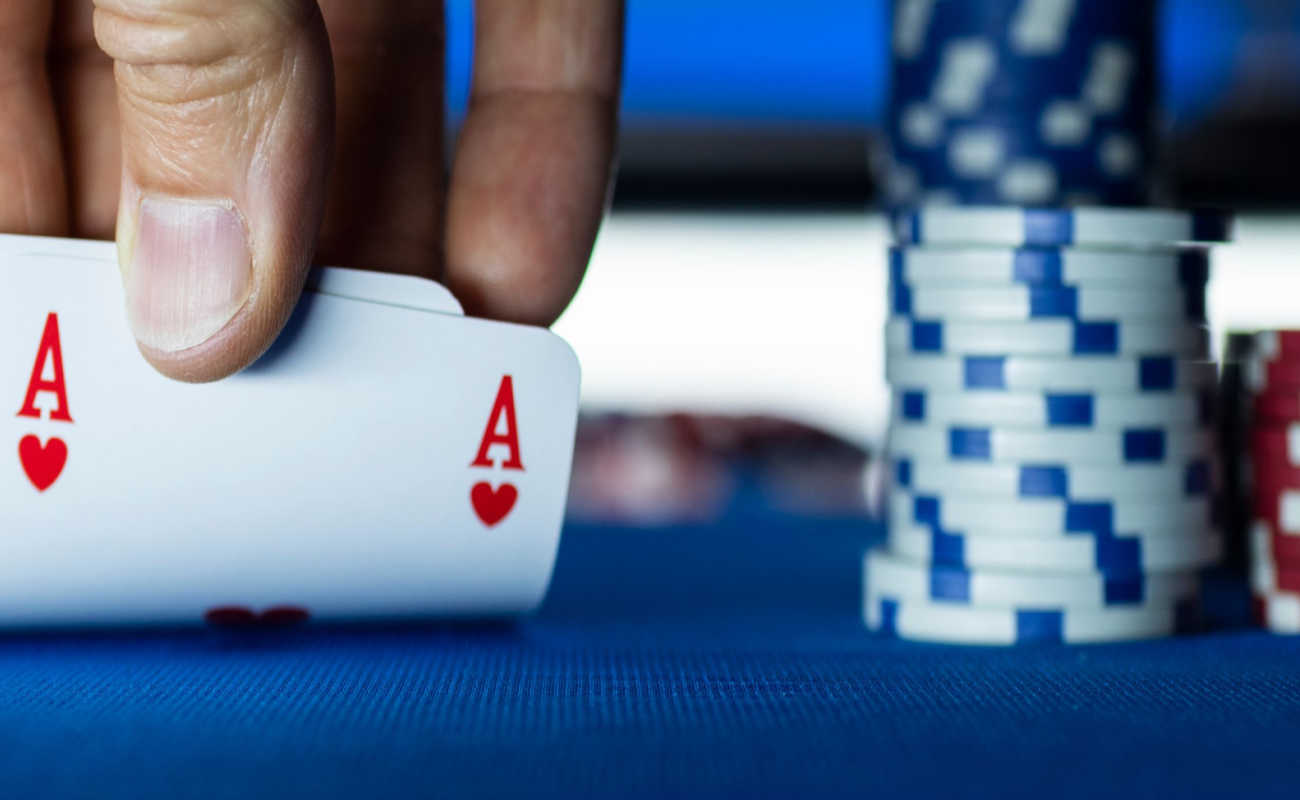 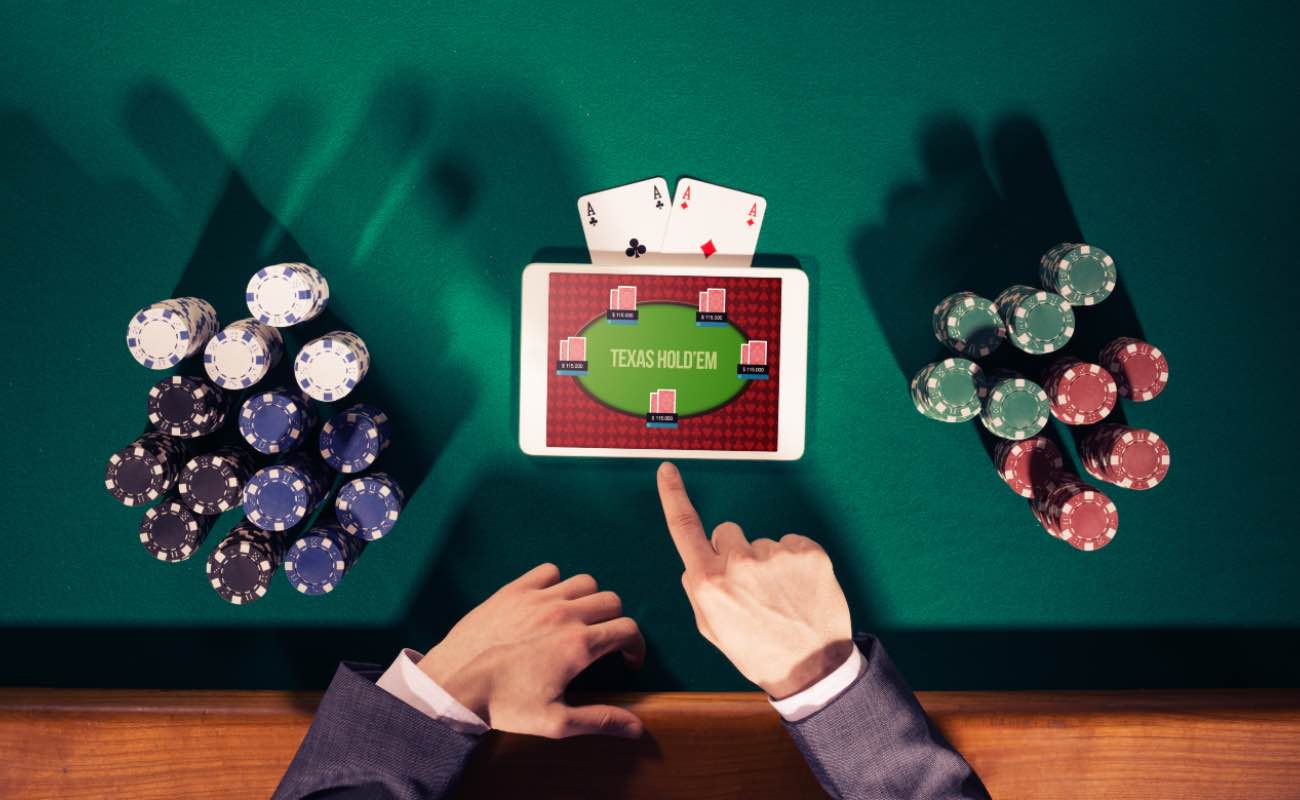 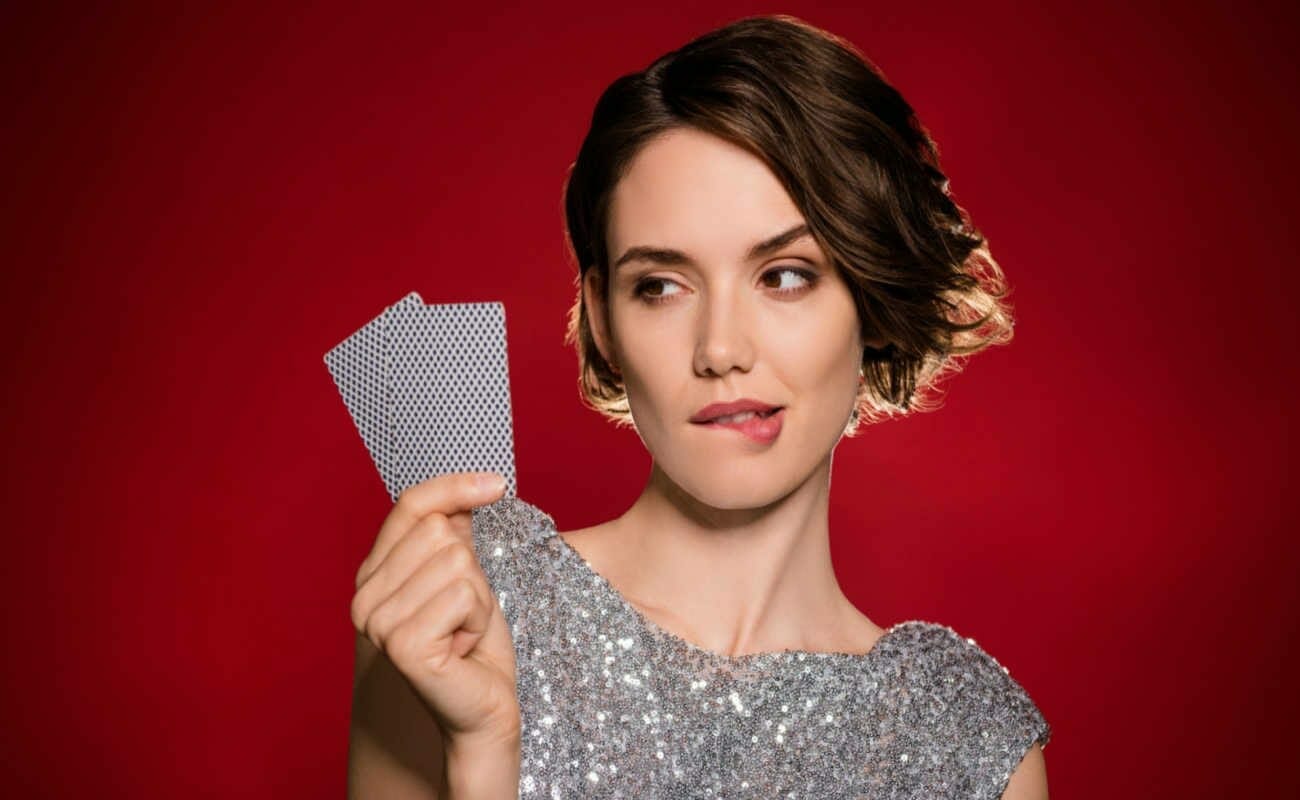 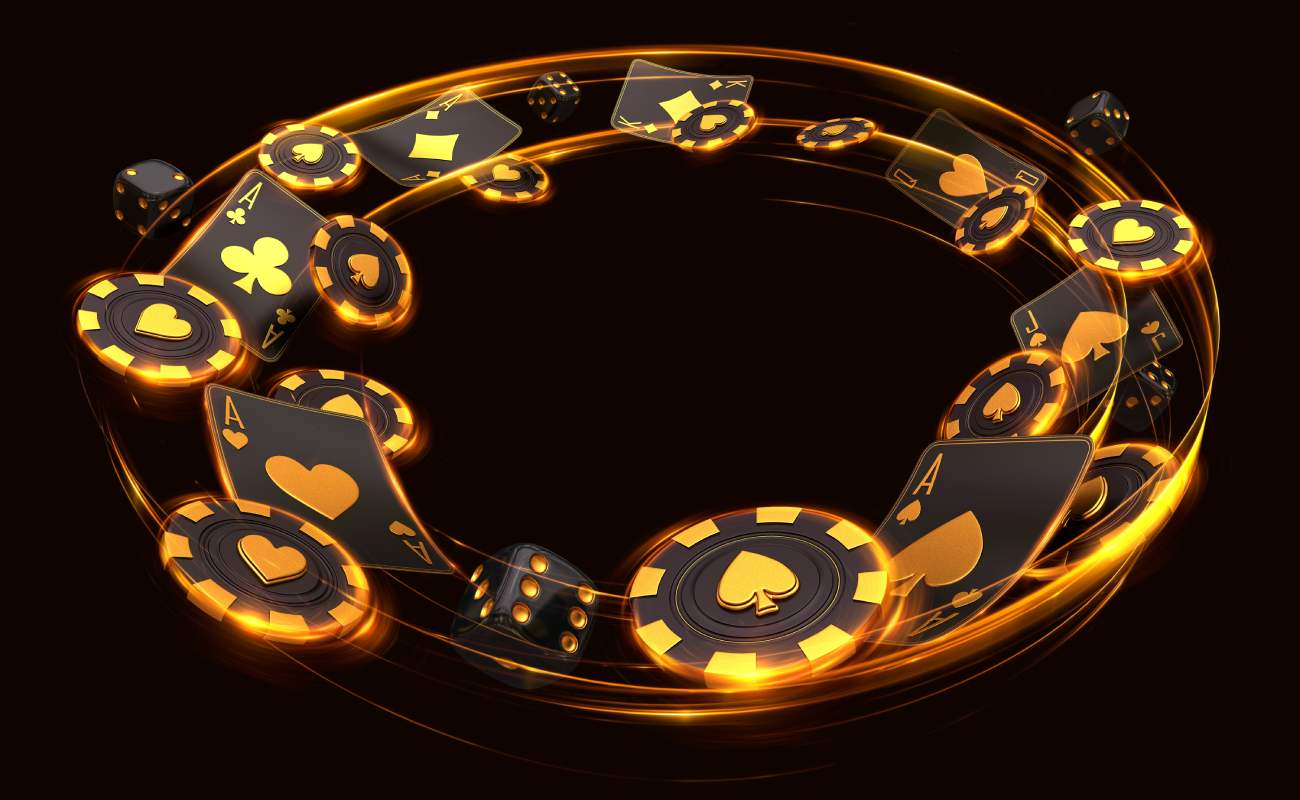