Skip to content
Home » Is the Future of Online Gaming in the Cloud?

While cloud-streaming services such as Netflix and Spotify have managed to basically take over the world and invade millions of households, cloud gaming could be even bigger. The incredible popularity of gaming and the widespread adoption of advanced technologies means that soon everyone will have access to the latest shooters, RPGs, battle royales and even online casino games without having to buy an expensive PC or console. 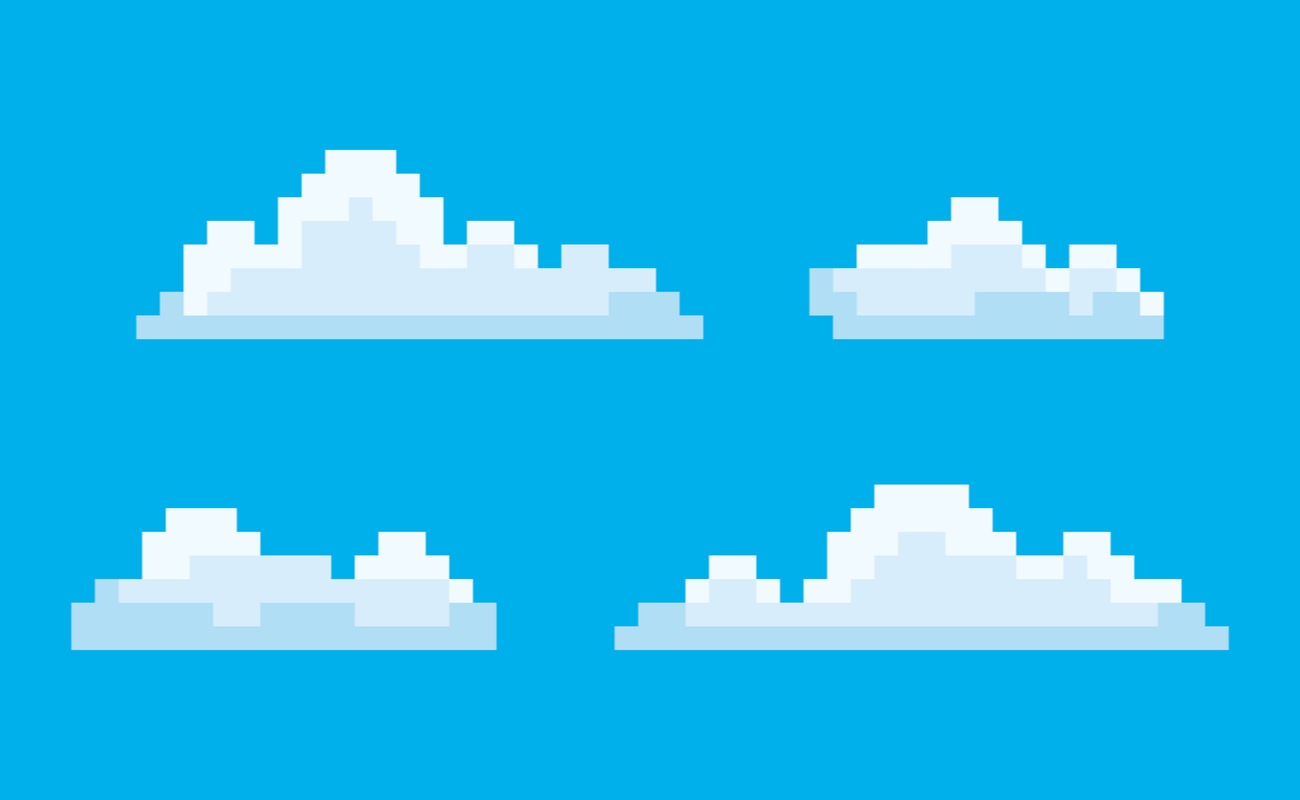 Over the past decade, numerous companies have made attempts at a cloud gaming service, with relatively little success due to either technological or economic constraints. Though services like G-cluster, OnLive and Gamefly were not exactly super successful, they did get on to the cloud gaming scene early – perhaps early enough to lack the infrastructure and economic backing to make a real go of it. Sony’s PlayStation Now and Nvidia’s GeForce service managed more success, but these were far from turning the industry on its head and bringing about the revolution we all know is coming in cloud-based game streaming.

Really, the tech had been mostly laughed off and seemed like a future ‘what if’. But now, in the convergence of technological advancement and a massive surge in demand from customers, the dawning of the cloud gaming era may be upon us.

Who Will Get There First?

Sony, Nintendo, Microsoft, Google, Amazon, Verizon, Electronic Arts, and Nvidia. These companies are all giants in their respective industries, and I am willing to bet you’ve heard of every single one of them. Each of these companies is, or is said to be, testing technology in the realm of cloud gaming and taking their shot at changing the way that video games are distributed, sold and played. Whether they’ve stated so publicly or are still tinkering away behind closed doors, you can be sure that the race for the first successful cloud gaming service is on.

The first to do it, and do it properly mind you, stands to make billions – that’s no exaggeration either. According to a research report by Global Market Insights, Inc., the cloud gaming market is set to grow massively from the current market value of over $1 billion to a staggering $8 billion by 2025. With numbers like that, it is no surprise that these powerhouses of the gaming industry are looking at getting their slice of the action.
The nature of the technology employed in cloud gaming, and cloud streaming in general, means that companies outside of gaming are getting in on the action too. Companies such as Singapore communications provider Singtel, in partnership with Razer and Infocomm Media Development Authority, are testing the readiness of their network to capitalize on the inevitable boom in the cloud gaming market. 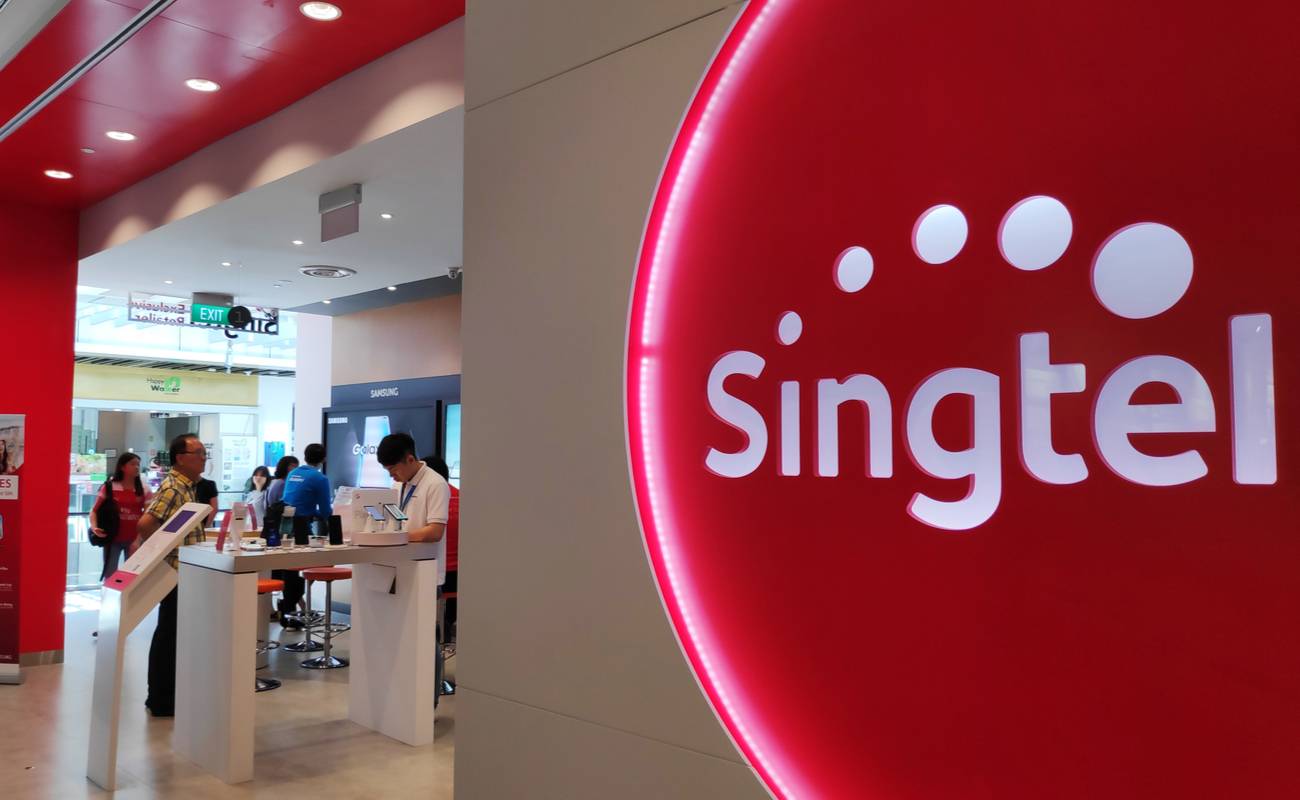 A gaming PC or the latest gen consoles can be expensive investments that some customers aren’t willing or able to make. That doesn’t mean that they don’t want to satisfy their gaming fix though. Cloud gaming services offer the perfect solution to this problem and there are a couple of services out there right now that are available to you. Here’s a look at a couple of these services:

Sony’s PlayStation Now service features over 250 PS4 games that are ready to play with new games being added every month. Sony has an extensive back catalog of hundreds of PS2 and PS3 games that can be added for any gamers who want that nostalgia kick.

A one-month subscription will cost about $19,99/month and there is a 7-day trial period for any customers who are unsure if the service is what they are looking for. The service is currently available in 12 countries, but further expansion is planned.

Nvidia GeForce Now had originally launched as a remote streaming service with subscribers able to stream any number of games on offer to a PC or Nvidia gaming device. The service has since been overhauled and is now available to Windows and MacOS users and is now effectively a cloud gaming PC for hire.

Using services from Steam and Epic you can now download games remotely using GeForce and play them on a PC, Mac or any Nvidia gaming device. The current beta test branch allows users to use the service for free and you can apply to join the waiting list.

For gamers who don’t want to download and install games Vortex is the service for you – the service allows you to stream a selection of games to a PC or Mac. The Real kicker for Vortex though is the mobile streaming service which allows users to stream PC games to Android and iOS devices – perfect for gamers on the go.

There are around 100 games available on the Vortex catalog with some heavy hitters like GTA 5 and Fortnite included. New games are regularly added with some of them being ready to go from release. Some games will require that you prove ownership using your Steam account details.

The Shadow cloud gaming service shares some similarities with Nvidia’s GeForce Now in that it provides users with their own remote, high-powered gaming PC. Shadow will allow users to stream almost any game or program they like on their platform, including streaming to a low-end PC or laptop, Mac, mobile gaming device or even straight to your TV.

This service is on the pricey end though, with a one-month subscription costing $34,95/month. There is also no free trial period, but users can try the service at a reduced cost of $9,95 for 10 days.

Parsec takes its service in a slightly different direction from other current cloud gaming providers by offering a more DIY approach for gamers who want to build their own streaming service. Parsec is free to download and use but the user supplies the gaming hardware from which they can stream remotely. Parsec also supports multi-play so users can share their games with multiple players – even if the game itself does not support online multiplayer. The service can become entirely cloud-based by using an Amazon-GPU powered virtual machine, though that puts the service on the expensive end.

Future Cloud Gaming Services – Who to Look Out For

Google Stadia is set to launch sometime in November 2019 and the anticipation and excitement for Google’s new cloud gaming streaming service is clear in the Stadia Founder’s Edition having already been sold out across Europe and North America by September. To compensate for the high demand of customers Google launched a Premiere Edition of the Stadia service and announced that they will be offering trials after the official launch. 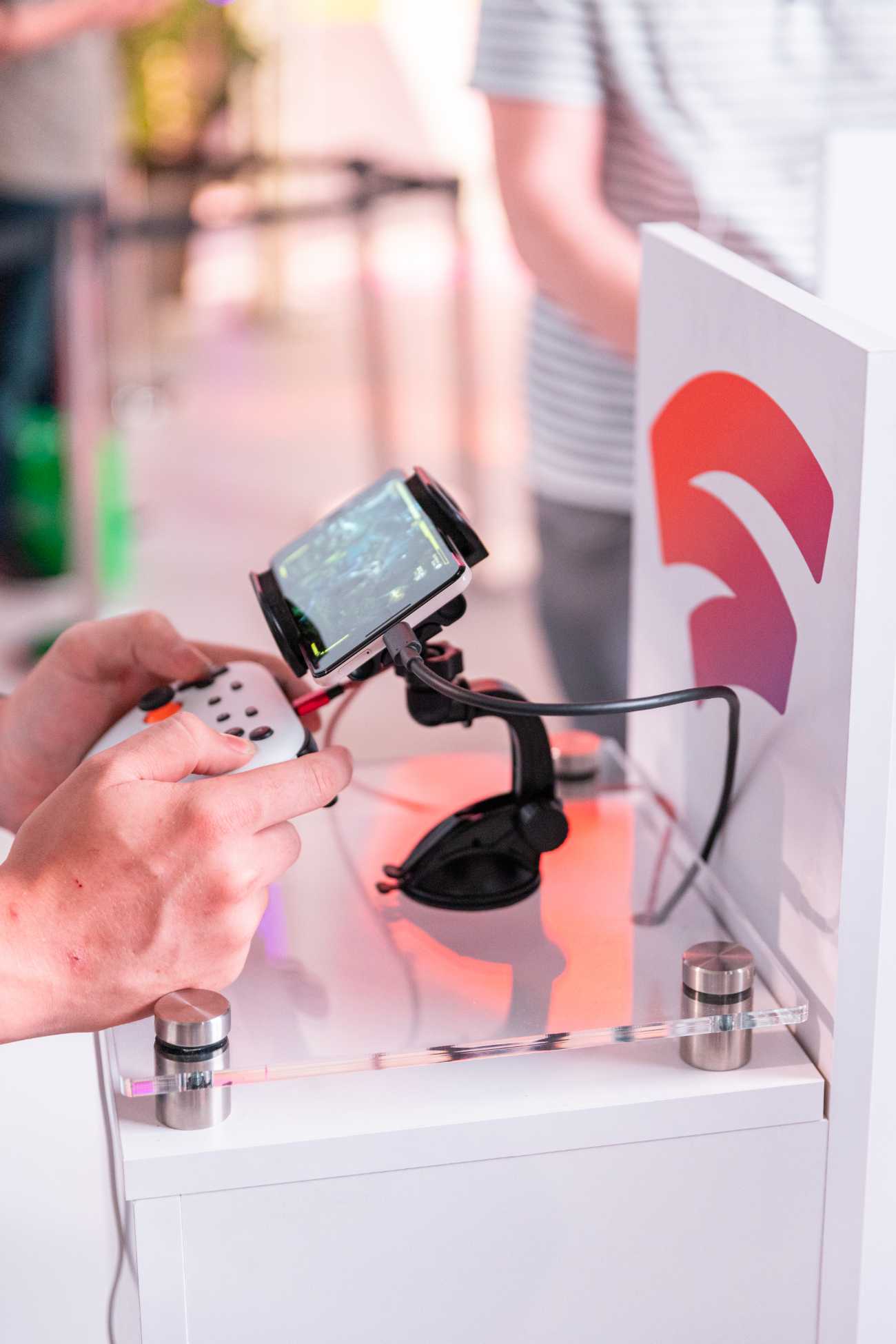 Google Stadia will allow players to stream and play games in up to 4K resolution on TVs, desktop PCs, laptops, tablets and smartphones without a game launcher. There will be a monthly subscription fee that will allow users access to their game streaming service, but users will have to buy their games separately through Stadia in order to play them. For users who are subscribed, there will be a discounted price for game purchases made through Stadia but when Google releases the Stadia base package for free next year, there will no longer be a discount on games in their store.

Stadia allows users to stream games up to 4K at 60fps with 5.1 surround sound and will require a minimum internet connection speed of 35Mbps. The specs on Google’s end are pretty impressive though with a custom x86 processor clocked at 2.7Ghz, a custom AMD GPU, 16GB of RAM and up to 484GB/s of bandwidth. From a hardware perspective this would provide an adequate gaming experience on a local machine, but with common internet issues such as latency and simple connectivity issues performance could be affected causing framerate drops and other issues. How Google will manage and combat this will likely determine the public’s response to the service.

Latency and performance aside, another issue of cloud game streaming could come about in customers with monthly data caps. For example, streaming on Stadia at 4K60 will use approximately 1TB of data in only 65 hours – that comes to a little over 15GB of data used per hour of streaming in 4K.

Some Other Services Coming Soon

Microsoft is planning on offering a cloud gaming service similar to that of Sony’s PlayStation Now with its own service titled Project xCloud. The service will take advantage of their already successful Azure cloud computing platform to stream Xbox games to PCs and mobile gaming devices without the need for a console.

The only real losers in the current console war between Microsoft and Sony are the players who don’t own both consoles, and with the availability of cloud gaming services from both companies, this could be an issue of the past. Gamers can now pay subscriptions to both companies for a fraction of the cost of buying the individual consoles, and the games separately on top of that, and have access to titles from both streamed to them on their PC, TV or mobile gaming device.

For the past 2 decades, VR technology has been working its way into the mainstream gaming scene. From the 90’s and 00’s VR equipment like the Nintendo Virtual boy and VFX1’s VR headgear – which were not exactly advanced enough to fully immerse gamers in the worlds they play in – today’s VR technologies such as the Oculus Rift and PlayStation VR can create breathtaking worlds that players can get truly lost in.

Augmented reality, while it is the lesser-known of the two reality gaming platforms, managed to break into the mainstream with Niantic’s massively popular Pokémon GO – and shows no sign of slowing down. AR has become the newest persuasive strategy used by online casinos to entice players into using more personalized, emotional and focused content. The player-to-player interaction offered by AR has drastically changed how players experience betting at the tables by evoking real emotions through interaction as well as the benefit of on-tap virtual assistance. 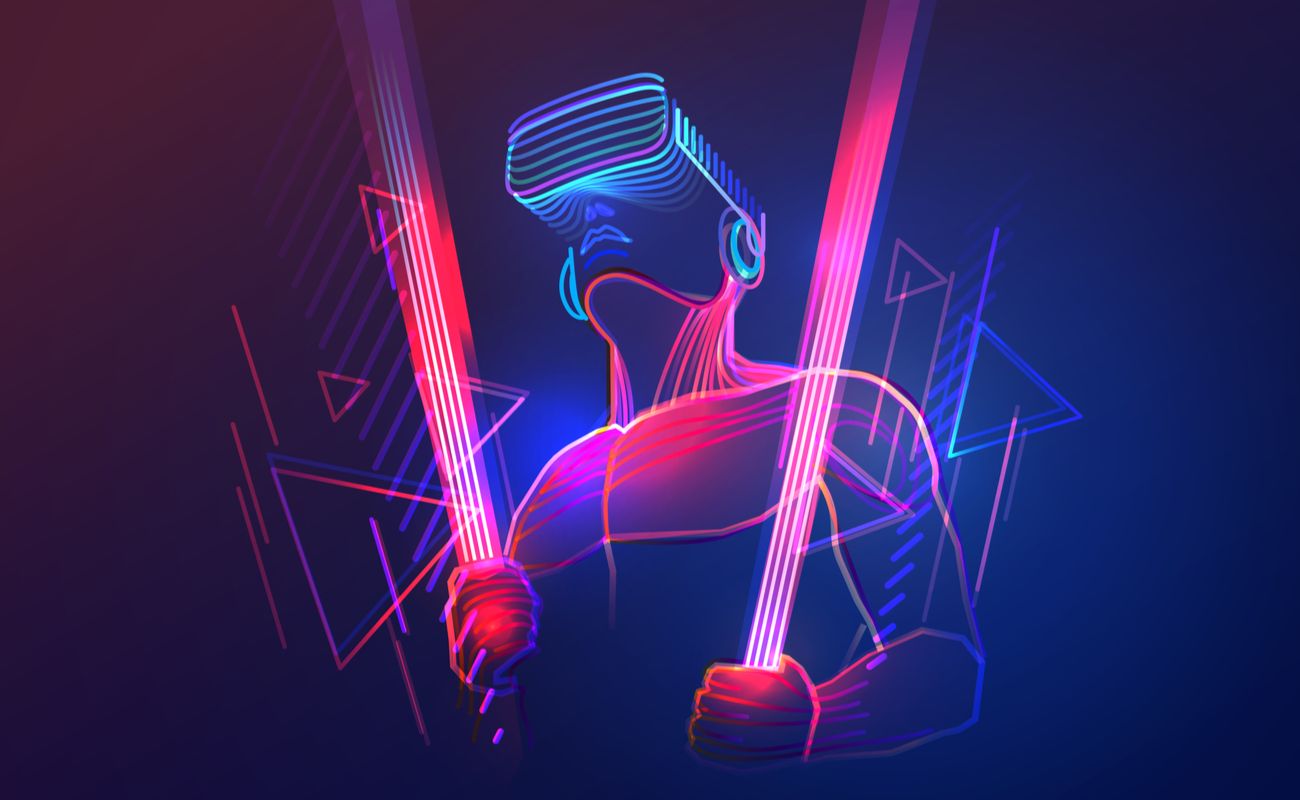 Virtual and Augmented reality has penetrated almost every game genre from shooters to horror and adventure games on nearly every platform available, but online casino games are now coming into focus and are a new frontier for VR and AR. The best online casinos have been building up their online presence to meet the demand of customers for 24/7 gaming and easy access, but now with the combination of cloud gaming streaming services, VR and AR and online casinos mean that the experience isn’t limited to the time spent behind your PC, laptop or console. The biggest tech companies in the world are investing in VR, AR and cloud gaming which means that there is huge innovation and development of the online gambling experience to come. Pretty soon you will be able to walk around your favorite casino, grab a seat at a table or slot machine and experience the excitement of it all from the comfort of your own couch.

So while we all wait on the edges of our seats to see what comes out of this race for the clouds, why not get a little practice in at one of our poker tables or any of the casino games on offer at BorgataOnline. 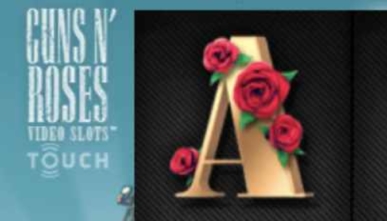